My job dictates where I work, I know that is the case for everyone but, one minute I can be in the middle of a busy festival then I might be at a wedding then occasionally I might just be at a party. I’m not a DJ if that’s the first thing you thought, I am in fact a hog roast caterer!

I have worked as a hog roast Winkfield chef for the past 13 years, unlucky for some but not for me! I took an interest in hog roasting after being brought up on my mother’s Sunday lunches. She used to religiously roast either, a gammon joint, a pork shoulder or some underbelly for our dinner each week. She rarely strayed from using pork as she said that crackling was one of the greatest delicacies that English people cultivate. I think we are all unanimous in that one!

My interest started after my mother used to let me peel the vegetables and study how she managed to make it taste so fantastic; the succulence of the meat was divine and the mixture of herbs and spices made me realise how much it can affect the overall taste of the meal.

The Best Hog Roasts In Winkfield

Recently, I was asked to perform a hog roast Winkfield event, this is a quaint little village in Berkshire, I was asked to cater for 200 hungry guests at a 40th birthday party, the majority of the guests were men which meant that there would need to be a larger than life hog roast in Winkfield. I sourced a local butcher who assured me that he could get a great hog at a good price. I arrived early and began to prepare the hog.

Using an apple cider injection, molasses and some brown sugar, I was able to supply a southern style banquet, I like to inject the hog and add the rest of the ingredients well in 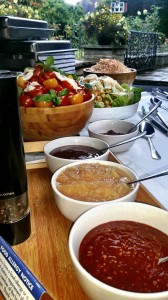 advance to ensure that it’s not too sweet and sugary, this is because the added extras can burn easily and don’t look very good once the hog is roasted.

The other technique that I incorporate is to scour the skin of the hog well in advance and make sure that there is plenty of olive oil on hand to rub into the skin with sea salt. Not only does this work wonders for the crackling but it also gives a great aesthetic when added with my super secret special ingredient…paprika…there I said it!

The guests were all looking over at me once the hog was on to roast, I could tell that none of them were going to hold back on the real ales supplied by the host. They were going to get as tanked up as possible to get the maximum fill of the hog once it was roasted

I placed sides of bread, sweet corn, salad, potatoes and many garnishes for their sandwich, some of the guests had never had a hog roast before and they were a little bit nervous about trying one as they’d never seen the whole hog slowly roasting on a hog roast hire machine in Winkfield!

This soon changed when the aroma of freshly roasted pork began to fill the air and more ale was swilled down. As I started to serve the hog, I could see the guests that 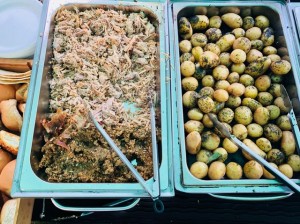 weren’t too sure looking over, I kept a great piece of cracking and some of the cheek back for them as that would surely turn them into hog roast fans for life. I also thought this would be good for business as word of mouth (pardon the pun!) is always fantastic for me when I live locally to the area that I work in.

The birthday boy came over to me to ask if I had any crackling left, I was asked by his partner to keep some back for him for later, he was made up when I produced a large piece I had stashed away! The best part of my job is seeing the faces of my clients genuinely enjoying every last piece of meat that I have roasted, I know how good it is to taste something new, why don’t you come and find out for yourself?